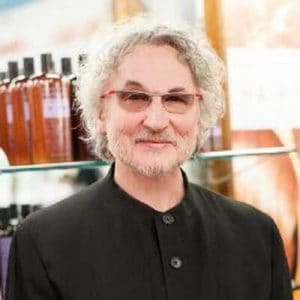 Today is a sad day as we lost one of our industry greats Horst Rechelbacher- founder of Aveda. A pioneer of his time, Horst launched the natural cosmetic market with his interest in making non-toxic beauty products. In 1965 he opened his first salon, Horst and Friends, in Minneapolis. In the early 70’s he began formulating shampoos by mixing organically grown food and plants in his kitchen sink. Aveda Corporation was launched in 1978 with just two employees. After building Aveda’s strong reputation with eco-friendly practices and products containing pure plant based ingredients, Horst sold Aveda for a reported $300 million to Estee Lauder.

Shortly after we opened our salon, we were fortunate enough to meet this legend at Colorado University, where he gave a speech about his new line Intelligent Nutrients and his passion for green beauty. To say what a cool guy is an understatement. A hippie at heart, Horst was rocking a tie-dye shirt underneath his black business suite. We were filled with inspiration, after leaving his conference to follow the Aveda mission and be more green in our daily lives.

Fun fact: Horst was the original creator of the paddle brush. Aveda’s wooden paddle brush continues to be an industry favorite. 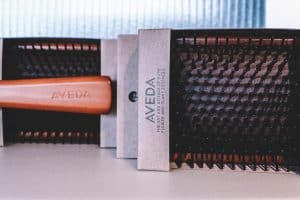 RIP Horst you will always be remembered.

About the Author: Megan Robertson