Touch Below To Call Us Book Denver Book Boulder 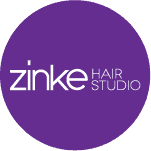 To create a warm and welcoming environment where everyone can become the best version of themselves, inside and out.

Zinke Hair Studio is an award winning, family owned Aveda Lifestyle Salon with two convenient locations: Boulder’s 29th Street Mall and Denver’s Washington Park.  This women run business is owned and operated by mother, Jolene Zinke, and daughter, Megan Robertson. In 2006 Megan attended the Aveda Institute of Denver and fell in love with hair color and all things Aveda. After graduation she moved to Miami and then Atlanta to train with some of Aveda’s top stylists at the prestigious Van Michael salons. After four years of being away, Megan missed Colorado and moved home. Ready for the next big step in her career, she joined forces with her mother Jolene, developed a business plan to start up their very own Aveda Salon, and in 2011 Zinke Hair Studio in Boulder was born. Boulder was the perfect place for Aveda with its natural beauty products and hair color. Jolene, an avid Aveda user and former event planner, was ready for something new. After 6 successful years in Boulder, the opportunity to expand to Denver arose and in December of 2017 Zinke Hair Studio became a two location brand. Zinke Hair Studio has been named a Top 200 salon by Salon Today Magazine for the past six years, continues to grow a team full of talented individuals, and makes a conscious effort to keep their spaces updated, modern and fresh.

Zinke Hair Studio is proud to be an Aveda salon. Learn more here.

Zinke Hair Studio is proud to give back. Learn more about how we support the community here.